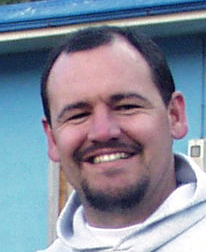 Dr. Mike Graham is an experimental ecologist interested in the population biology of habitat-forming species, and the role that variability in the population dynamics and biogeography of these species plays in regulating the ecology and evolution of their associated communities. His research program currently focuses on seaweed-based systems (primarily kelps) and has two primary objectives. First, to investigate the various physiological, ecological, and genetical processes that regulate kelp population biology, and thus the temporal and spatial dynamics of the kelp habitat. Second, to examine the consequences of such habitat dynamics on the various physical and biological processes that ultimately determine the productivity, structure, and diversity of kelp forest communities. His research spans microscopic to global spatial scales and ecological to evolutionary temporal scales, and focuses on both top-down (e.g. herbivory, competition, disturbance, facilitation) and bottom-up forces (e.g. recruitment, photosynthetic physiology).